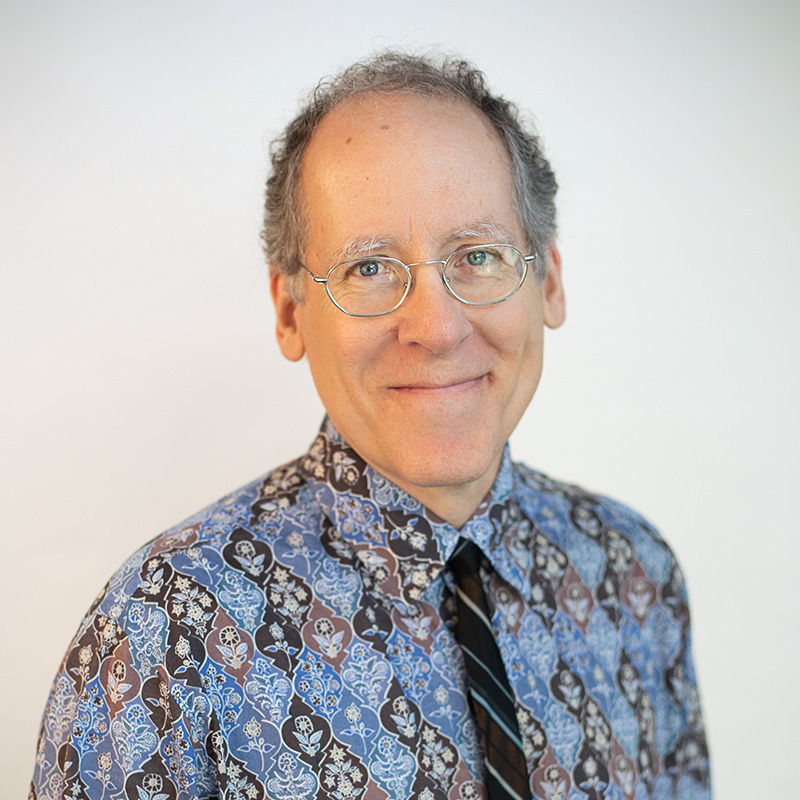 Director of Theatre Programs & Upper School Theatre/Speech
B.A., University of North Carolina Greensboro
M.F.A., University of North Carolina Greensboro
Upper School
David Dvorscak is the director of theatre programs, the Upper School theatre teacher and the speech teacher. Fondly known as "Mr. D", he has been working at Carolina Day School since 2007. David began his teaching career with six years at St. Andrews-Sewanee School, teaching theatre in grades 7-12. He spent the next 14 years at Hollins University as the chair of the theatre department. Much of his teaching methodology is founded in Viewpoints Technique: he trained directly with one of its founders, Anne Bogart. David has acted, directed productions, and choreographed stage combat for 28 years at professional and academic theatres across the country. David was the recipient of the Betty Lou Davis Award in 2018, the Don Scarborough Award in 2012 and 2015 (an award given by the Student Government to an Upper School faculty or staff member who has shown outstanding character, enthusiasm, and devotion to CDS), the Dr. W. Leon Elliston Upper School Faculty Professional Development Award in academic year 2010-11 and 2019-20, and an Excellence in Acting award in 2011 from the Southeastern Theatre Conference.

Get to know David Dvorscak:

In what ways can you teach/engage children at CDS that you couldn't at other schools? “I teach every student in the Upper School, either through elective Theatre Classes or required Speech Classes. Because our school is small, I can tailor experiences to the needs of individual students. We can actually get to know one and other.”

What do you like most about your job at CDS? “The students and the faculty.”

In your opinion, how does the CDS community inspire students to be courageous and curious, wonder about things that they don’t understand, try new things, and develop individual passions? “I’ll use ‘The Laramie Project’ as one example. This production was created within the Theatre one-act class in 2011.  Each student in the show/class had to engage their own understanding of the events in the play and how they felt about it. Apart from my work with them, the class also met with Sandy Boyd to process their perspectives. The fact that Tinnie Salzano gave her full support to the show is indicative of the school’s willingness to engage with difficult material. The audience was also given the opportunity to talk through the issues after the show. This show challenged the entire community. Another example is the ongoing Synesthesia Project. In the culminating performance/showing, the students see the faculty willing to take risks, embrace vulnerability and actively engage in their own development as human beings.”

How would you describe your classroom? “My theatre classroom is the US Auditorium but we also make use of other spaces (the gym, outdoors, etc.) But the theatre classroom (and by extension the rehearsal room for the main show) is a place to take risks—physically, emotionally, intellectually and spiritually. I encourage students to risk failure so they can find the success that eludes when you play it safe.”

What is your favorite quote about education, mentorship, children, and/or learning?
-       “On ne voit bien qu’avec le coeur.  L’essentiel est invisible pour les yeux” Translated – “It is only with the heart that one can see rightly, that which is essential is invisible to the eye.”  From “The Little Prince” by Antoine de Saint-Exupery.
-       “Thank you for your work” I learned this from a very distinguished theatre director who made it a point to say this to each individual at the end of every rehearsal. This included the janitor, the intern who went for coffee, the star actor - anyone who contributed to the work that day. This is how we end all rehearsals at CDS.
-       “When someone seeks," said Siddhartha, "then it easily happens that his eyes see only the thing that he seeks, and he is able to find nothing, to take in nothing because he always thinks only about the thing he is seeking, because he has one goal, because he is obsessed with his goal. Seeking means: having a goal. But finding means: being free, being open, having no goal.” Herman Hesse.

How is CDS different from what you experienced as a child in school? “In high school, I was one of 500 in my graduating class. It was easy to disappear into the cracks if you wanted to. Developing an actual relationship with a teacher was rare.  My high school also had a violent aspect to it – so a lot of energy was spent in anxious awareness and on self-preservation. CDS students are free to explore their personal growth without this type of anxiety.”